The 125th Thomas College Commencement will be streamed online: https://vimeo.com/328470091

It is our privilege to share this important time in your life with you and your families. The Thomas community looks forward to this exciting time each year and the opportunity to make it a memorable one.

Events will begin on Friday evening, May 10, with Convocation, Class Reception, and Class Dinner. Commencement will be held on Saturday, May 11, at 1:00 p.m. in the Alfond Athletic Center. Following the Commencement Ceremonies a reception will be held on the Ayotte Auditorium Lawn under the tent. Please join us in celebrating your graduate!

Representing the Graduate Division will be Darren Forkey. Forkey is from Walton, New York, and will be graduating with his Master of Business Administration degree. He plans to stay in Waterville and pursue a career in sport management or business after graduation. 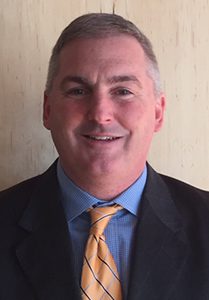 Smith is President of TSSD Services, Inc. and is highly regarded as a leader in the commercial nuclear industry. He provides oversight of business operations for the recovery and completion of the decommissioning of three New England power plants – serving as the Director of Operations for all three sites’ dry fuel storage operations. He has nearly 30 years of professional experience in the heavy construction industry including construction management, contract management, corporate management and project controls.

Smith graduated from Thomas College with a B.S. in Accounting in 1992 and an M.B.A. degree in 1999. He has been a Thomas College Board of Trustee member since 2004, and became co-chair of the board in 2010, a position he still holds today. Under his leadership and philanthropy, the College surpassed its Dream. Transform. Achieve campaign goals in 2014 that led to program and scholarship expansion, and facility expansion including the Harold Alfond Academic Center, Kennebec Savings Turf Field Complex, and the Henry and Ellen Hinman Residence Hall.

Todd will be providing this year’s Commencement address and be awarded an honorary Doctor of Business Administration degree. 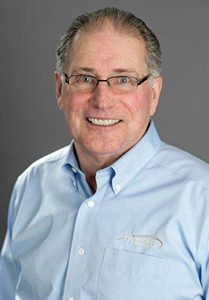 Prior to entering the manufacturing trade, Johnson spent five years teaching sixth grade in rural Oxford County. During that time, he also worked in carpentry and began building and selling log and post and beam homes.

Wanting to become involved in manufacturing, Johnson seized the opportunity to enter an industry that began catering to large aerospace, defense, and technology companies.  In 1982 he joined then Kennebec Tool and Die’s sales and management department, began learning the business, and purchased the company two years later.

Johnson was attracted to the company because the products were unique, and it had the potential for consistent growth and high-end manufacturing jobs. It was a good values match for him, as his goal was to build on the founders’ accomplishments and make it a more sophisticated company with a national reputation.

Johnson has been a Thomas College trustee since 2016. He has previously served on a number of other boards including the University of Maine System as Chairman, the Maine State Chamber as Chair, and Augusta’s Lithgow Library Capital Campaign. Johnson graduated with a B.A. in History from Lafayette College. 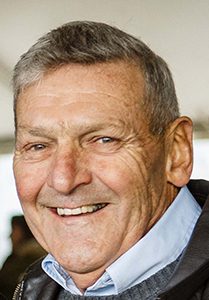 Established in 1998, the S. Douglas and Rita C. Sukeforth Charitable Foundation has been a generous supporter of Thomas College and a number of other causes, including children’s health issues, area hospitals, social services, and Christian and Baptist organizations.

In fall 2018, Thomas College recognized the Sukeforths’ philanthropy by dedicating the Sukeforth Family Trail System on campus, which has quickly become a major resource for the Thomas College community and has been made available to the entire area community, thanks to their generosity. 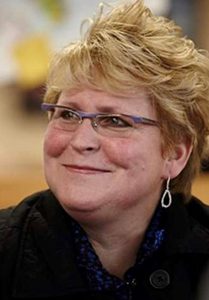 Red Barn owner Laura Benedict will also be awarded an honorary Doctor of Humane Letters degree at this year’s Commencement ceremonies, in recognition of her community service.

In 1986, Benedict bought The Red Barn, a seafood restaurant in Augusta.  She quickly went into debt trying to survive amid the big chain restaurants moving in.  For decades Benedict struggled, and – on the verge of her 5th bankruptcy – almost closed the doors for good in December 2010.  Rather than close, Benedict decided to open the doors even more by donating food to charities – St. Michael School in Augusta being the first recipient.

With the help of the community and making giving the centerpiece of her new “business model,” The Red Barn went from a struggling business trying to make money to one trying to make a difference. Since that first benefit in 2010, the Red Barn Cares – a state licensed non-profit – has raised over $2.7M for families in need and other charities, with elderly and Veteran’s groups at the forefront.  In 2013, the “Red Barn Bill” was enacted that removed previous restrictions on the amount of charitable contributions that a business can give back to their community.

Despite all the hardships she has endured, Benedict fully believes that “If you give, you will never need.”