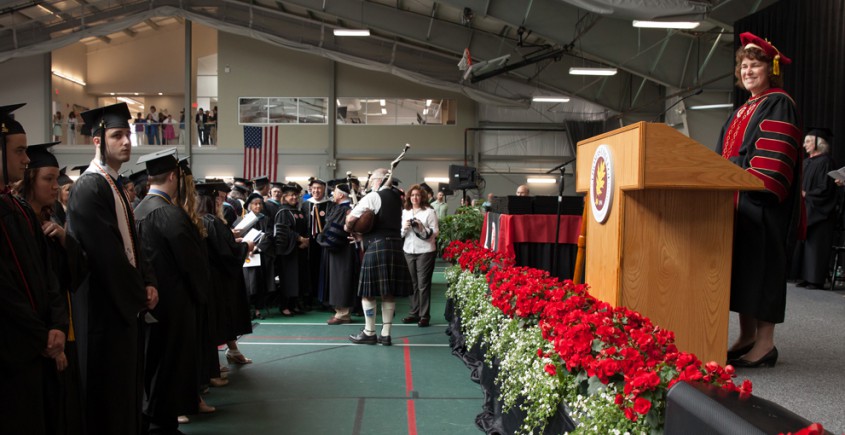 Laurie Lachance is Thomas College’s 5th President and the first female and alumna to lead the College in its 125-year history. From 2004-2012, Laurie served as President and CEO of the Maine Development Foundation. Prior to MDF, Laurie served three governors as the Maine State Economist, and before joining state government, she served as the Corporate Economist at Central Maine Power Company. A frequent author and speaker on leadership, education, and the economy of Maine, she holds an undergraduate degree from Bowdoin College, an MBA from Thomas College and an Honorary Doctor of Humane Letters from the University of Maine at Presque Isle. Laurie was inducted into the Maine Women’s Hall of Fame in 2014 and has been the recipient of several awards, including being recognized by Maine Magazine as one of the 50 Mainers Charting the State’s Future and making the Mainebiz NEXT list as a trailblazer in her industry. In November 2018, Laurie was inducted into the Maine Business Hall of Fame. Laurie chairs the Board of Educare Central Maine, is a Trustee of Foxcroft Academy, a Board member of Educate Maine, served on the New England Board of Higher Education’s Commission on Higher Education and Employability, and was elected to the Board of Maine Employers Mutual Insurance Company (MEMIC) in June 2018.